It is believed that the Stat1 transcription factor activates when exposed to a wide range of binding ligands which is necessary in the response to IFN-a and IFN-g. The phosphorylation process in Stat1 at Tyr701 causes Stat1 dimerization as well as nuclear translocation and transcriptional binding to DNA. Stat1 protein exists in two isoforms: Stat1a (91 KDa) and the variant with splice Stat1b (84 kg).

In the majority of cells, both forms are activated by IFN-a however Stat1a is the only one. Stat1a can be activated with IFN-g. Incorrect activation of Stat1 occurs in numerous cancers. An anti-STAT1 antibody picoband is also activated at Ser727 through a mitogen activated protein kinase (MAPK)-dependent pathway that responds to IFN-a and other cell stressors. 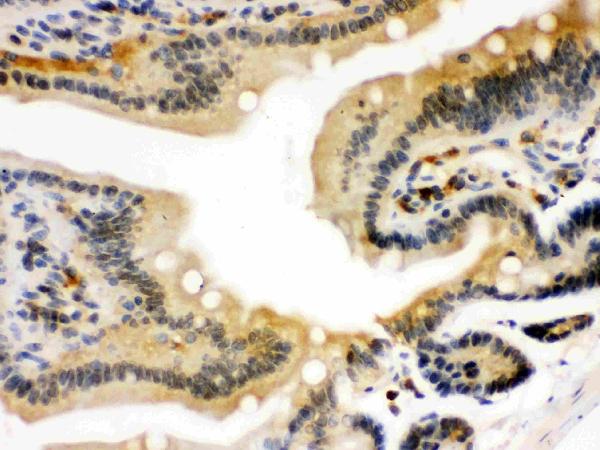 Serine phosphorylation could be necessary to trigger the maximum amount of gene activation by Stat1. STAT1 (signal activators and transducers of transcription) is an element of the STAT family of transcription factors. STAT1 can be activated through interferon-alpha, interferon gamma, EGF, PDGF and IL6.

STAT1 is thought to regulate numerous genes that play a role in cell proliferation as well as apoptosis and immune responses and the metabolism of lipids. Furthermore, STAT1 plays an important role in regulating the viability of cells when it comes to responding to various conditions in the cell and exposure to pathogens.

STAT1 is a gene that regulates cell viability. STAT1 gene can be found on the 2nd chromosome. It is activated by STAT1 to alter the expression of genes in response to extracellular signaling polypeptides, such as interferons, cytokines as well as growth factor. Following phosphorylation in JAK tyrosine-kinase tyrosine kin STAT1 gets into the nucleus and helps regulate the transcription of various genes.